A day after a powerful 7.3-magnitude earthquake had struck off the coast of Haiti, more than 100,000 feared dead… and the bodies of those discovered are now lining the streets… in the meantime, humanitarian and rescue efforts are being coordinated by countries all over, including Jamaica.

Jamaica’s delegation, headed by Prime Minister Bruce Golding and senior security officials, will travel to Haiti on a one-day visit to Haiti tomorrow.

Haiti’s envoy to the US and others have described the situation in Haiti as a “catastrophe of major proportions.”

A hospital and other buildings have collapsed.

A picture is said to be worth a $1,000, and so, the following photos will give you a more graphic understanding of the damage in Haiti. 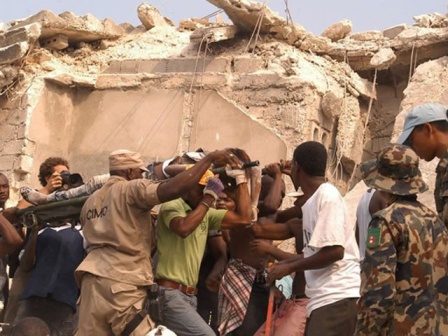 A damaged building is seen after an earthquake in Port-au-Prince, Haiti, Tuesday, Jan. 12, 2010. The largest earthquake ever recorded in the area rocked Haiti on Tuesday. (AP Photo/Radio Tele Ginen) 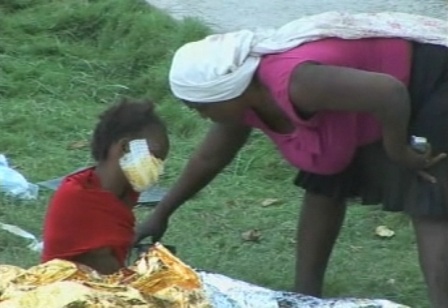 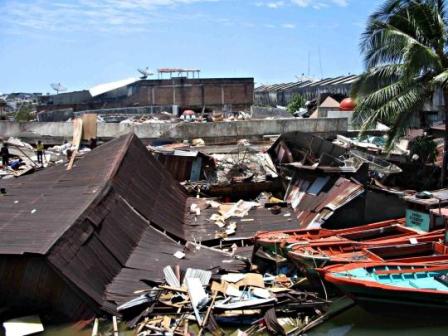